Robert, who had worked at Flaxmere New World for 13 years, started volunteering at the Knowledge Bank 3 mornings a week.

Robert is regarded as an integral part of the team and through his love of Golf and special Olympic medal winning, is able to converse with some of the other male volunteers.

Robert went to Special Olympics where he won Bronze medal for his Golfing skills. 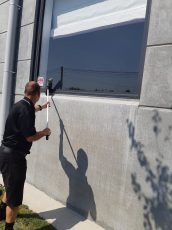 Robert has now gained a paid position as Outdoor Maintenance Assistance at Clubs Hastings, where he has many responsibilities.

As he was a patron of the Club, he was already known, so making the transition from customer to employee was seamless.

With the support of the staff and management, Robert is once again proving his worth.

Another great Easy Read document from People First New Zealand explaining what happens if a test says you have COVID-19,

We really appreciate that very important information is translated into Easy Read format so that the information is accessible to everyone. Thank you People First New Zealand

People First‘s Make it Easy team has put together an Easy Read document about what to expect if you test positive for COVID-19.

The document talks about things like COVID-19 symptoms, self-isolation, working from home while isolating, and accessing support in isolation.

People First will update the document if we hear any more information now Omicron is in the community.